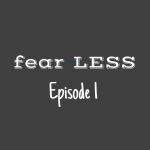 Welcome to a new three-part series titled “fear-LESS”. The purpose of the series is to help us to become less fearfull of situations.

Each episode will feature character (s) taken from the Bible where this point will be illustrated and some principles will be shared.
When I decided on the title to this series I made a real conscious effort not to give too much power, to the word fear (notice that this word is written in lower case). I know that it may appear a minor point, however we sometimes magnify fear and give it too much power in our lives.

Fear has two relatives anxiety and worry and we often gave them full access to areas of our lives as well. This often limits our full potential and stops us achieving our goals. Fears relatives will be addressed in a future blog series, rest assured of this.
The first character in this series was a King, the primary author of the book of Psalms where the scripture highlighted today is taken from. Psalms are a collection of songs and prayers. The writers keep it real with God and share their innermost feelings, of fear, worry doubt alongside celebration. Today first character is David. David’s story can be found in the old testament in 1 Samuel chapter 16.
I want us to look at Psalm Chapter 27 verses 1- 4 written by David when much was going on in his life. To summarise he had been working for King Saul but this king became jealous with him and sent soldiers out to attempt to kill him, coupled with the fact that one of his sons called Absalam was also chasing him. David was really in fear.
Have you ever been in a situation where you have felt in fear of friends who have “switched on you”? at the same time problems between yourself and work colleague and with a member of your family arise as well all at the same time. The dark cloud of fear emerges.

David was determined that it would not remain. He called upon someone who is present to us all to support him during this difficult time. Lets look at this further, and at some principles.
Principles-Despite experiencing dark times having a relationship with God led David to feel no longer afraid. Dear reader God can help you also if dark times come into your life, you need not be in fear.

There is someone who can protect you from dangers which we can see and from events that we are not aware of. It is comforting to have someone who can protect us all the time and has our best interests no matter how we react or feel.
When we are trying to do the right thing you may come into contact with people who are vindictive, want to start a “beef “ with you, start to gossip. Their plans will not succeed or affect us. Dear reader, take confidence in this.
Sometimes when fear rears its head we feel as if we are trapped and its often at this point people want to try and attack us or other problems emerge. Its really important to remain confident and strong!
When looking at verse 4 David makes mention of of” living in the house of the lord and seeking him in his temple”, this could mean in practical terms for you accepting that invitation from your friend to attend their church this could be an opportunity where God wants to hear from us or speak to us

David clearly must have been in fear but we can take encouragement from him that he did not let become fearful of his circumstances he did not try and deal with things alone and cried out to God. This in time resulted in him becoming less fearful and more fear-less. Let us remember this.
In the next episode we will explore how a king and another person reacted to a situation which appeared to be a really fearful situation. Join us next time. 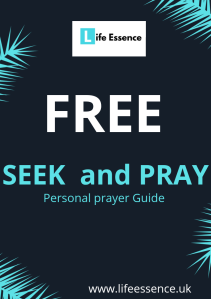